A downloadable game for Windows and macOS

Can Androids Pray: Red is a sitcom-length choice-based narrative about two angry femme mech pilots at the end of the world, and God.

It is also a companion piece to Can Androids Pray: Blue, which uses blue colors. Both versions can be bought in a bundle for the same price of a single game at this link.

As featured at the V&A Dundee Museum, A.MAZE 2019, and the EGX Rezzed Leftfield Collection.

In order to download this game you must purchase it at or above the minimum price of $6.99 USD. You will get access to the following files:

I enjoyed this game and it's definitely worth the price of admission. The aesthetics are especially on point and I'd love to see more in this vein. I also very much enjoyed the allusions to quantum superposition and how, in the case of our protag(s), observation can literally elicit definition. The brief bits of world building and the tête-à-tête between the characters were entertaining as well, for the most part. However, it's hard to glean if it's the writer or the characters that are (actually or intentionally) confused. IMO, it seems a bit banal to pad the narrative with religious scripture when the characters themselves admit to their ignorance of it. Doing so also limits the purview of "God" exclusively to the referenced dogma (in this case Christianity, et al), which is stifling and kinda pedestrian af, as it's become a standard story telling trope in various media. Even with the apparent glut of information and tactile simulation that exists in the futuristic internet holo-deck of "the Virt", the characters have absolutely no discussion of any other deities or ideology?

All this made me feel like the characters were mostly juvenile and desperately grasping at straws to make sense of their final moments, which made it seem like they abandoned any integrity they may have previously held (and yes, while death and dignity are mutually exclusive, one always has the choice to die with integrity). From a writing perspective, I understand why the biblical references are there as it's a tried and true method to segue into a bespoke story (and of course it could've meant something greater/personal to the writer/dev, which is debatably valid). While I truly believe the discussion of a higher power has a place in this narrative, I just think the way it was used here was mostly inane and would've massively benefited from less dogmatic specificity. Again, a good and valuable game, but one that needed to play more than a single narrative note.

As someone who experienced my first existential crisis at age five, I'm not sure what I was expecting. But this wasn't it. Finished it in 12 minutes.

There might be multiple paths, but there's not enough "meat" to the story to warrant further playthroughs. With how the story develops, I'm still not sure why they started off with the sermon on the mount, other than to set a spiritual tone... The script goes right into profanity afterwards; a juxtaposition that doesn't quite work out. It an visual novel intent on making you think it's being clever. For those of us who have grown up knowing existential dread, it's not. 2/5 Stars.

If you don't mind me asking, how is it that you experienced an existential crisis at the tender age of five?

The short answer is that I had a near-death experience and lost a loved one, the combination of those two things caused me to question my own mortality and existence.

at 5? hey rad pretty close to mine! did you often fear sleeping with a door closed, lest the room run out of air leaving you dead?

Android can not play

Just finished it and wanted to say how absolutely brilliant the game was!!!! will be thinking about it forever

As a gamer in my 40s, I almost never complain about a game being too short. That said, this one did leave me wanting to see/learn more. But it is a compelling premise: This kind of interaction is precisely what is left unsaid in almost every action game.

Another visual novel that explores a short existentialist story with a very evocative presentation. You are piloting a giant mech and have stranded on a planet with your team member, talking out the last moment of your life, before the sun comes up and you inevitably will perish from your mechs explosion. Those last minutes are precious, what will you talk about? What was the meaning of your existence? It is a very well done short story and really enjoyed playing it, even if the main story bits seem a bit cliched before. The atmosphere still makes it worth checking out if you enjoy short and sweet experiences. 3,5/5

I enjoyed it a lot! This is a short and thoughful game with some really powerful ideas behind the dialogs. If you like sci-fi, you will love it!

I really enjoyed this game! It knew what it was about, and it got that across in a solid (but short) no-frills narrative arc, with a surprising reveal! Since I read somewhat fast, this game was around 15-20 minutes for me, fyi

This is very good, and I am very glad that I played it. I think I want to play it again, which is strange given its relative brevity. Can Androids Pray has a deeply assured sense of place, and of itself. Unlike many (and perhaps most) games, it's not about a story, where gameplay can be meaningfully abstracted from presentation and critiqued on its own merits; it is itself, and it is singularly good.

Roughly how long is it

I don't have an exact playtime, but it couldn't have been much longer than a half hour. The page says "sitcom-length", so that tracks. Definitely worth your time if you're at all curious!

Hello, neither of the Mac (blue or reds) are downloading, is there a way to refund this or is that not possible...

Could you contact itch.io support with the error you're seeing. You can also try the itch.io app which manages downloads for you, it can be more reliable than a browser download. Thanjks

Hi: I just changed the file format on this version and I'm TOLD it works. If you could try again and let me know asap that'd be great!

Yes, I was able to play and really enjoyed it, thanks

Hey y'all I'm having trouble opening the mac file? Any suggestions? Is it me? I'm getting an unhelpful error that just says the file "can't be opened". Happens for both, I'm on 2019 mpb with High Sierra.

Hi, sorry! It's something I'm looking into (though I'm fairly busy at the moment). Unfortunately, I don't have a mac machine to create builds on and I'm told that creating them through Windows might be the problem

No worries!! No rush on my end, excited to play when you can figure it out without overworking. :)

I THINK it might be fixed now: amended the archival format and have been told it works. Please let me know if you're getting it asap! 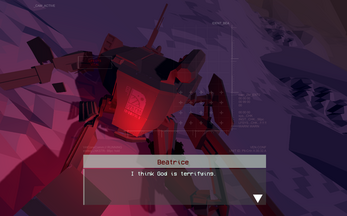 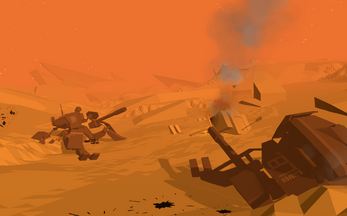 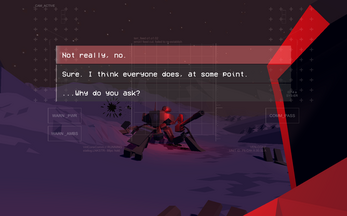 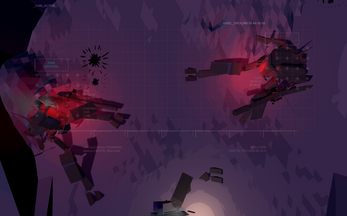